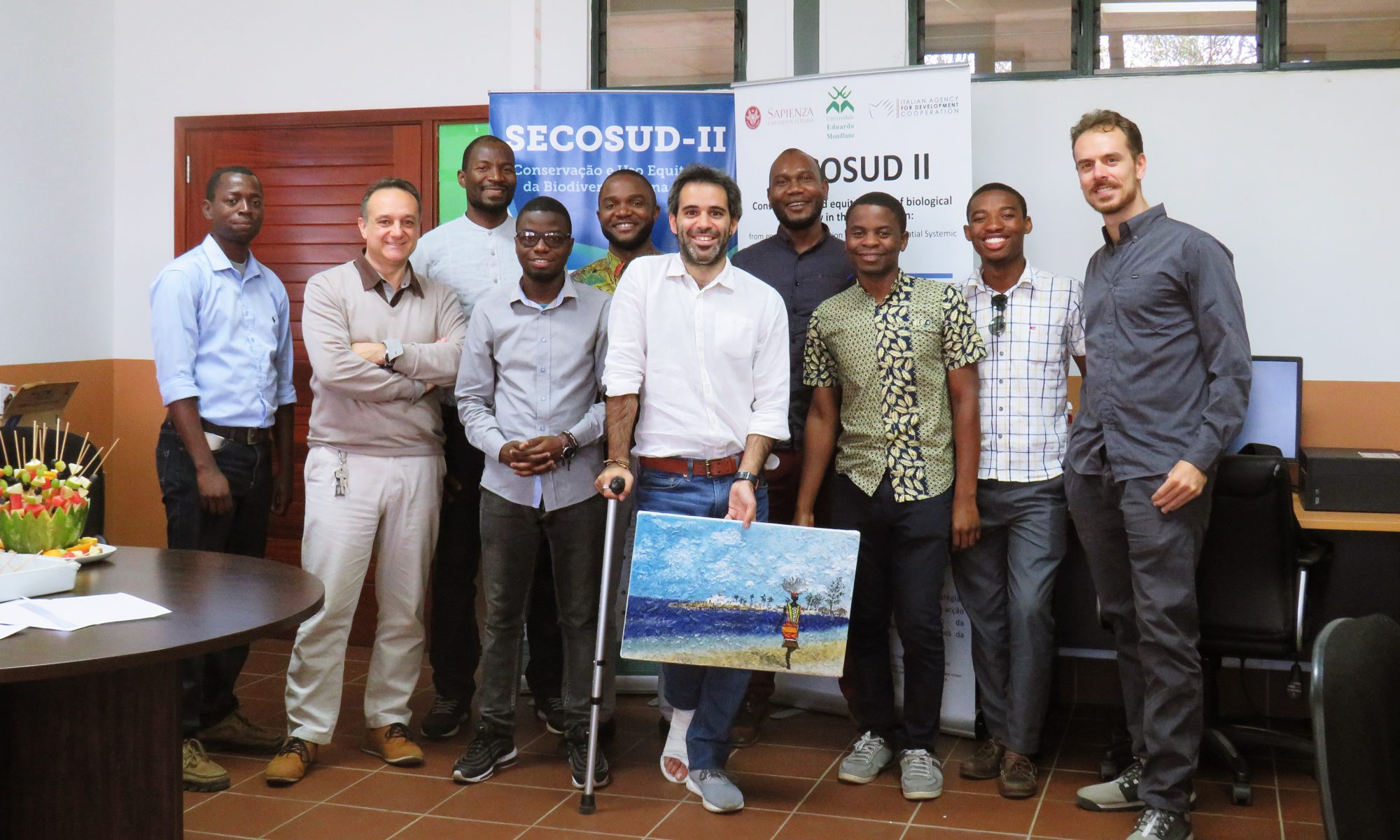 The meeting, leaded by Stefano Frasca – SECOSUD II Project Team Leader, was attended by most of the strategic national partners who have contributed in the developing of the project in the past years and addressed the current status of the activities developed by SECOSUD II since it is foundation. The reunion was also the occasion to formally introduce to the partners the successor of Luca as Scientific Coordinator, Silvio Cianciullo.

During the meeting, Luca remembered to the attendants the progress made by the SECOSUD II Project, emphasizing especially the work done on the National online Biodiversity Network (BioNoMo), and acknowledged the challenges that still need to be addressed. He remarked that the project needs to set a high bar for its goals to strengthen the capacity for scientifically informed decision making in environmental conservation for the SADC area and that further results can only be achieved through a stronger collaboration between all the partners involved.

In his role of Scientific Coordinator, Luca has been also involved in the formation of the Scientific Assistants of the project, former students of Mozambican Eduardo Mondlane University, co-executive entity of the SECOSUD II Project. Also, in this field, his contribution has been an important addiction to the project, as the transfer of knowledge and the partnership between the universities Eduardo Mondlane and Sapienza, the foundations on which the Project stands.

As collaborators of Luca for the past years, we would like to use this opportunity to express our profound gratitude for his hard work, and the great times we’ve all had working with him. During the time he worked with us, he has always been willing to assist other colleagues on their projects and has trained others to handle their jobs better.

He has been a remarkable colleague and friend and in his role of Scientific Coordinator he has really made a big difference in the workplace, going above and beyond what could have been expected.

We all wish him good luck and all the best as he moves further in his career!