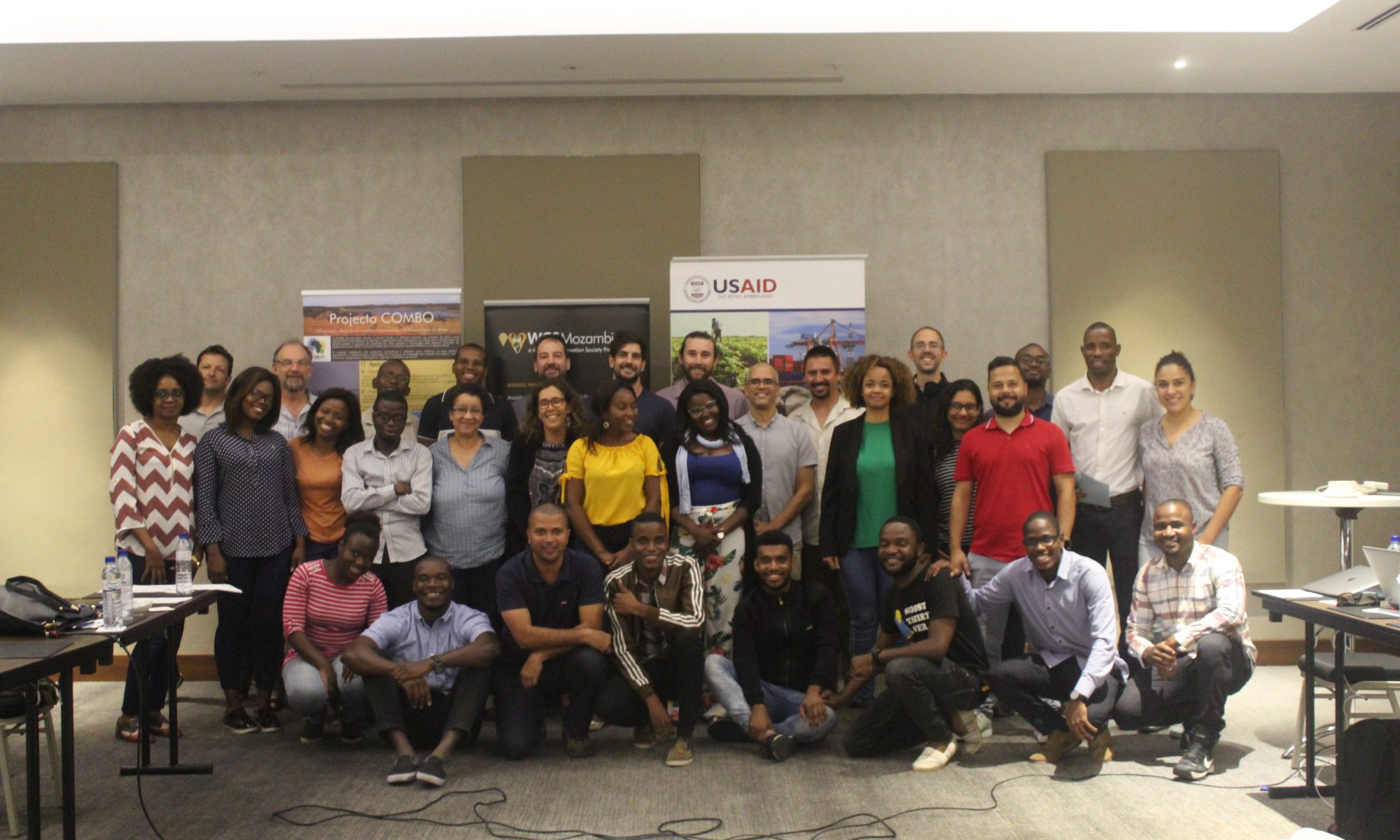 In the framework of partnership program with government and private institutions, the SECOSUD 2 Project was part of the Key Biodiversity Areas (KBAs) delineation Workshop, led by Wildlife Conservation Society (WCS). Three research assistants from the SECOSUD 2 Project have provided technical support as data management assistants.

The workshop took place on 14 and 15 November 2019, in Maputo and was attended by 60 participants from four countries (Mozambique, South Africa, United Kingdom and Australia), representing different sectors involved in the project. It resulted in the delineation of 42 potential KBAs in Mozambique, where 6 of them are marine. 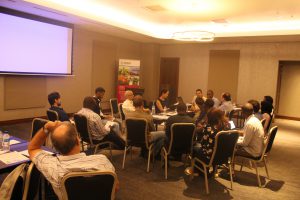 The delineation process was done in 4 groups based on the geographical areas of the country (south, center, north and marine area). Each of the groups composed by experts from different taxonomic groups and other participants, was led by a spatial planning expert. The Data compiled by the Data Management Assistants (Including the SECOSUD 2 Project Research Assistants) such as population size, habitat ecology and potential threats, over the past 8 months have been analyzed from different perspectives, resulting in above mentioned 42 KBAs proposals.

The KBAs criteria were applied to plants, insects, freshwater fish, amphibians, reptiles, birds, mammals, marine biodiversity and ecosystems. The final validation workshop will happen in March 2020, and till then it is expected that the results achieved so far are improved and more areas are identified. The closure of the project will be on May 2020.

SECOSUD, in agreement and collaboration with the Centre of Biotechnology of the UEM, has started a series of studies concerning some infectious diseases of particular interest for local communities, farmed livestock and wildlife that lives in the area of the Limpopo National Park.

END_OF_DOCUMENT_TOKEN_TO_BE_REPLACED

In the framework of BioNoMo initiative, SECOSUD II participated to a call issued by the Biodiversity Information for Development (BID) programme of the Global Biodiversity Information Facility (GBIF), the global one-data research infrastructure funded by the world’s governments and aimed at providing access to biodiversity data. The proposed project “Mobilizing primary biodiversity data for Mozambican species of conservation concern” is leaded by IIAM and also involves the UEM Herbarium, the Institute of Fishery Research (IIP), MHN, and the Entomology Department of the Ministry of Agriculture and Food Security (MASA). An extra budget of 40.000 Euros has been made available by GBIF-BID programme to help the digitization of data related to plant and animal species of particular conservation concern. The data will be uploaded into BioNoMo, significantly increasing the amount of information made available through the portal.

From 24th to 27th of July 2017 the SECOSUD II Project has organised and executed an on-the-job training course for the personnel of the Faculty of Agronomy and Forest Engineering (UEM FAEF), of the National Administration of Conservation Areas (ANAC) and of the Maputo Special Reserve (REM). This training was held in Maputo, at the Universidade Eduardo Mondlane (UEM), and has focused the replication of the Fire Management Methodology and Approach used by the Kruger National Park (KNP) for the Limpopo National Park (LNP).

END_OF_DOCUMENT_TOKEN_TO_BE_REPLACED

On July 7, 2016, SECOSUD II project started the digital archiving of the biological collections of the Natural History Museum of Mozambique (MHN), in collaboration with MHN staff. Such collections include mammals, fish, insects, birds and invertebrates.

The computerization of the biological collections of MHN is based on the use of the Specify as database program, which is installed on a network server and in principle runs on three computers. Specify is a database platform dedicated to cataloging and managing zoological and botanical collections.

END_OF_DOCUMENT_TOKEN_TO_BE_REPLACED

Two pilot weather stations (Vantage Pro 2 Plus, Davis) have been installed by SECOSUD II staff in Limpopo National Park (Mozambique) and are already operational. They are sending data from LNP Offices near Massingir gate and from Madingane village in the Park buffer zone (see the map below). These weather stations measure,  log and upload to the cloud data about temperature, humidity, atmospheric pressure, rain, wind speed and direction, solar radiation and energy, ET (evapotraspiration) and UV.

END_OF_DOCUMENT_TOKEN_TO_BE_REPLACED

From May 30 to June 10, 2016, SECOSUD II Project and FAO organised a training course, held at the Department of Biological Sciences of the Eduardo Mondlane University, on the use of Collect Earth software for Land Use, Land Use Change and Forestry monitoring.

END_OF_DOCUMENT_TOKEN_TO_BE_REPLACED 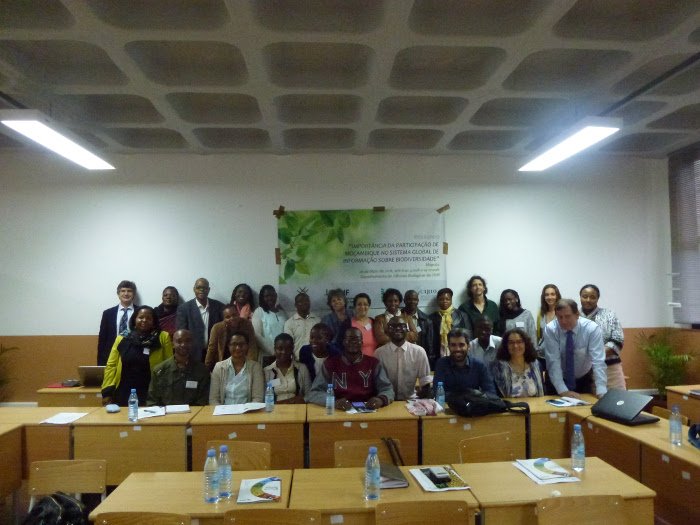 Secosud2 participated in a workshop held in Maputo, co-organized by the Eduardo Mondlane University (Department of Biological Sciences) and the Portuguese Node of GBIF.